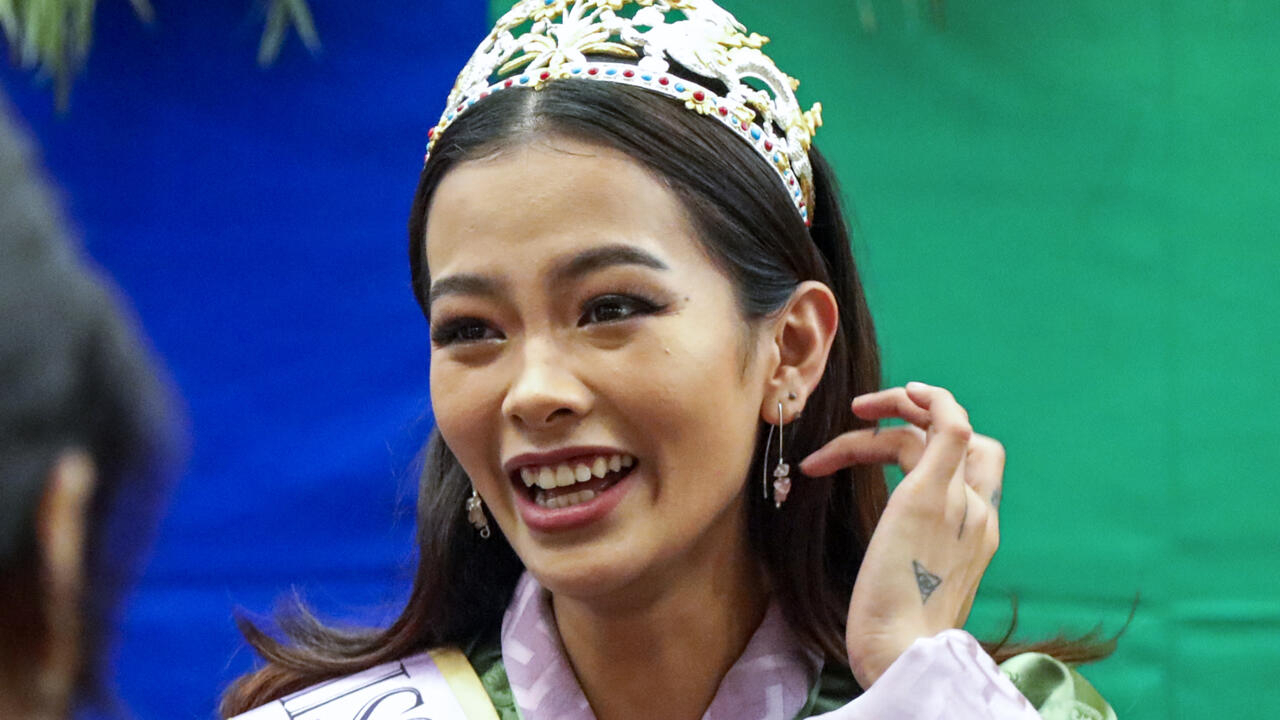 Bhutan’s pioneering beauty queen speaks out for the LGBTQ community

Thimpu (Bhutan) (AFP) – Tashi Choden will not only be the first contestant to represent Bhutan in the Miss Universe pageant, she is also the Himalayan country’s only openly gay public figure.

The remote country is famous for its “Gross National Happiness” philosophy, in which it prioritizes the welfare of its citizens alongside economic growth.

But until February 2021, gay sex was defined in the penal code as “sexual behavior contrary to the laws of nature”, and qualified as illegal in the Buddhist country.

That makes Choden’s coronation last month as Miss Bhutan 2022 a “huge deal” for the country of nearly 800,000 people and its LGBTQ community, she said.

The 23-year-old – who lost both parents aged 14 – said she came out last June on International Pride Day after “a lot of research and soul-searching “.

This initially prompted a “very strong reaction” from conservative and religious members of his family, but Choden said it was important for them to be part of his coming out process.

“First and foremost, their acceptance matters to me,” she said. “After a while they accepted it very well. And I’m very grateful for that because a lot of people aren’t lucky enough to have that acceptance.

“As long as they know that I will succeed in life, that I can stand tall, that I can be an independent woman, I don’t think my sexuality really matters to them.”

Although she received “some backlash” online after being crowned and chosen to represent Bhutan in Miss Universe, her win appeared to garner support from within the country and abroad.

Bhutanese Prime Minister Lotay Tshering – who still practices as a doctor on weekends as a “de-stressor” – personally congratulated her and wished her success.

Make your own way

Bhutan has always carved its own furrow, tying itself not only to economic growth, but also to maintaining the ecological health of its scenic valleys and snow-capped mountains.

The country is carbon negative and its constitution stipulates that 60% of Bhutan remains forested.

It also eschews the global tourism model, instead levying a hefty $200-a-day “sustainability tax” for foreign tourists to enter – a fund used to offset their carbon footprint.

Television was only allowed in 1999, archery is a national craze and phalluses painted on houses to ward off evil are commonplace.

Members of the LGBTQ community have reported instances of discrimination and social stigma, keeping many in the closet.

But the kingdom’s decriminalization of gay sex in 2021 has signaled growing openness and acceptance, said Rinzin Galley, a fluent beautician.

“With decriminalization… I feel more comfortable in public than before,” Galley told AFP.

“I like to wear makeup and go out, and it’s not normal for a guy to go out with makeup on.”

Several transgender women have had their names and genders changed on their citizenship ID cards and the LGBTQ community is slowly becoming more visible.

Community organizations – such as Queer Voices of Bhutan and Pride Bhutan – and an NGO called Lhak-sam have also provided support through advocacy.

And now, with Choden representing Bhutan on the Miss Universe stage – watched by millions around the world – many are hopeful about the future of the country’s queer youth.

“Having a queer woman become Miss Bhutan empowers the rest of the queer community, especially queer youth, to strive for greater goals in their lives,” Regita Gurung, a young bisexual woman, told AFP.

“This representation paved the way for the rest of us to be confident in who we are on public platforms.”