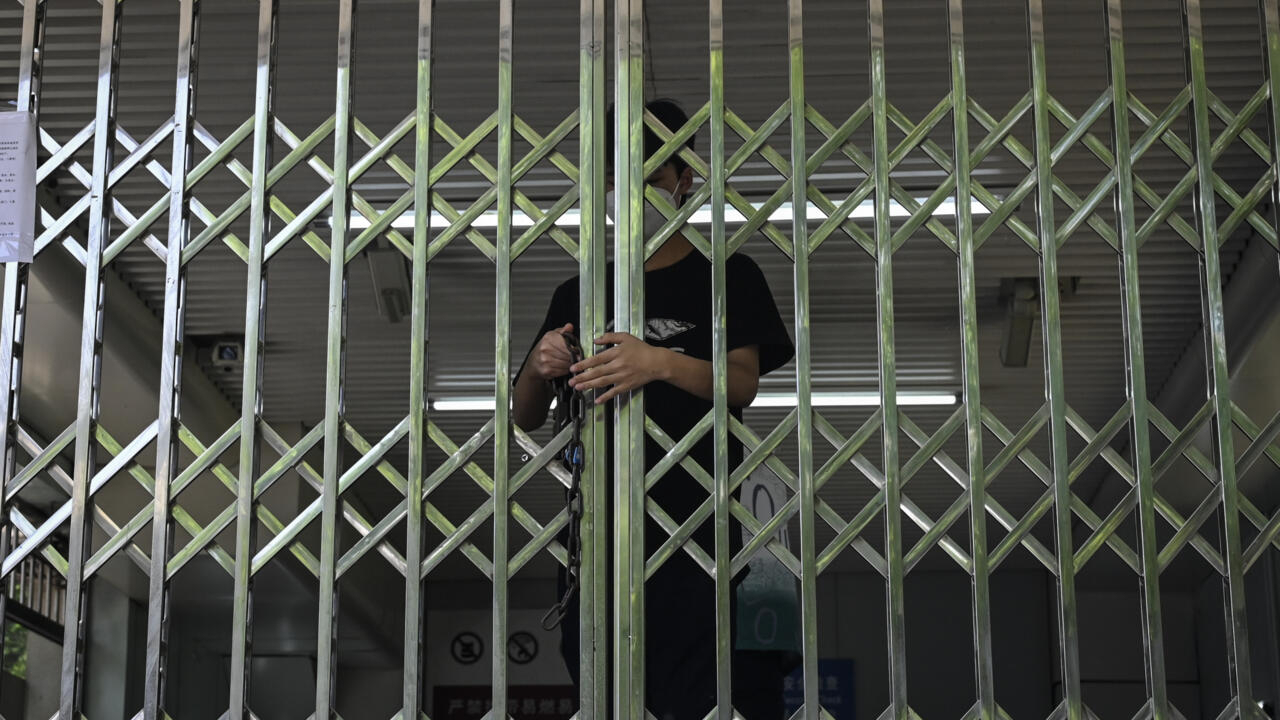 Beijing (AFP) – Beijing closed dozens of subway stations on Wednesday as Covid restrictions restrict travel in the Chinese capital as it records just dozens of cases a day.

China is battling its worst coronavirus outbreak since the early days of the pandemic, with most cases detected in central business Shanghai.

Scenes of chaos and anger during weeks of stay-at-home orders in Shanghai have alarmed residents of the capital who fear their city may be next.

Some Beijing housing complexes where infections have been reported have already been locked down, while many tourist sites have tightened rules for the busy May holiday this week. Dining in restaurants has also been banned.

Beijingers have started stocking up on essentials, fearing they will suddenly be ordered to stay at home.

The China World Trade Center – an office and retail complex – was temporarily closed this week.

The city’s metro operator on Wednesday announced the closure of around 40 stations – about 12% of the network – many near closed areas, according to an announcement on its WeChat page.

“The entrances and exits of the stations will be closed (…) but the transfers can be done inside the stations”, specifies the opinion.

“I think the city is already in a semi-closed state,” said a Beijing resident at a closed compound who declined to be identified.

“There is no timetable for lifting our lockdown, and more places are being sealed off,” he told AFP, saying freedoms were increasingly restricted.

Another Beijinger, 35, said he was shopping online to avoid contact with people in supermarkets.

“Nobody can really say how long the restrictions will last … but I understand the reasoning,” he said.

On Tuesday, Beijing’s densely populated Chaoyang District began another round of mass testing, which is expected to end on Thursday.

Elsewhere in China, the central city of Zhengzhou has also stepped up Covid checks, with residents in the city center ordered to stay in their accommodation or at home.

Shanghai authorities have struggled to provide fresh vegetables and other essentials to people in lockdown and patients have reported difficulty accessing non-Covid medical care.

Local officials have been accused of bungling their response to the virus and being overzealous in implementing restrictions.

Hundreds of people have died from Covid in Shanghai, including many unvaccinated elderly people.