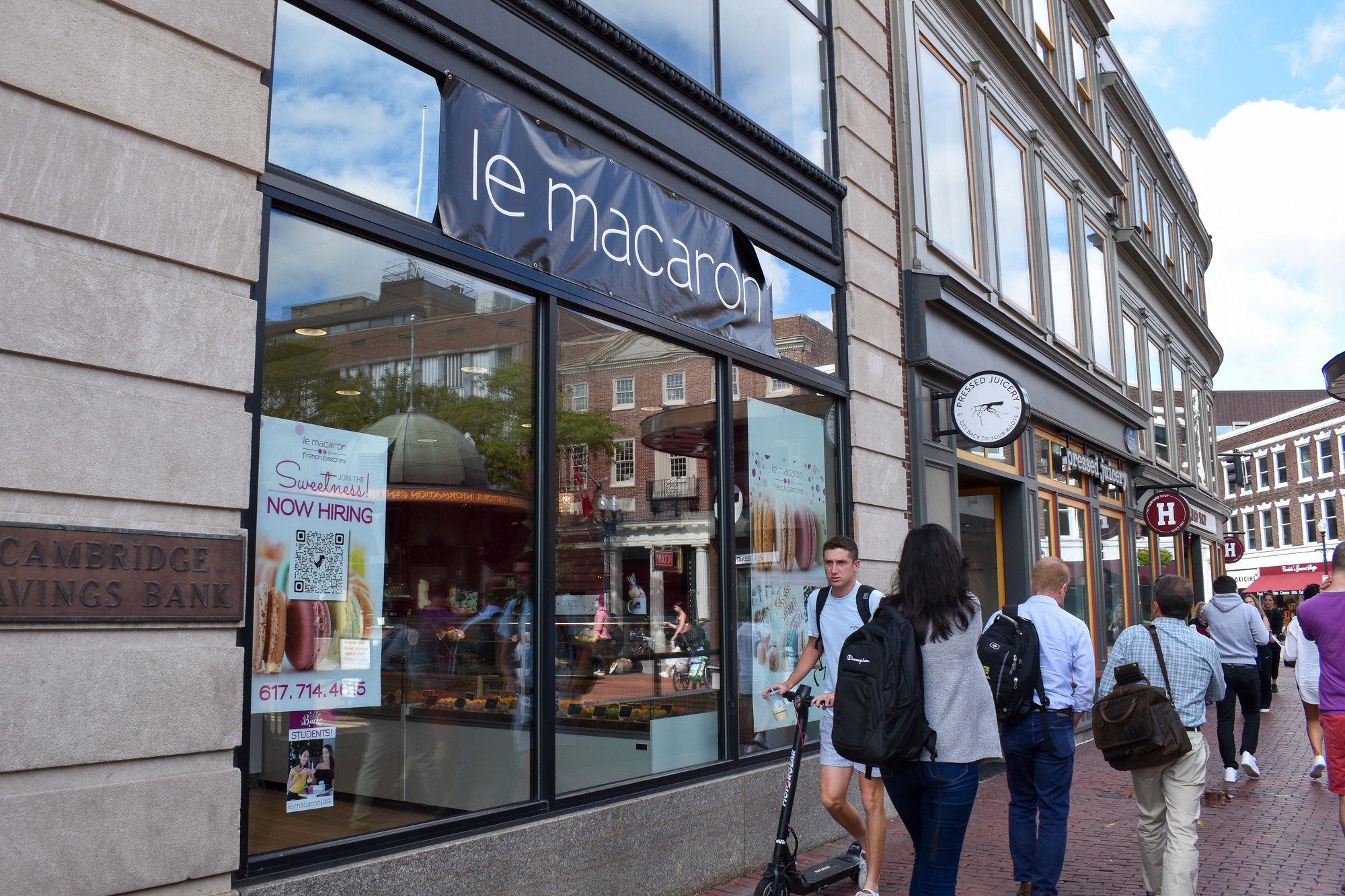 Located on Massachusetts Avenue, Le Macaron is a black-owned business that offers a selection of macaroons and French pastries, as well as European-style ice cream and coffee. The store first opened on August 12 during Black Business Month, but postponed its official grand opening until nearly a month later.

Cambridge City Councilor E. Denise Simmons attended the dedication. Simmons, the former mayor of Cambridge, spoke at a groundbreaking ceremony and congratulated the business on its opening, calling it a “sweet and delightful surprise”.

Ernest called the business a “lifetime dream” at the ceremony.

“Thank you to everyone in Harvard Square. Thank you to my friends and family, my kids for coming out here to support me,” Ernest said.

David I. Heller ’79, a close friend of the owners who enjoyed a bubblegum macaroon, called the establishment a “delicious addition to the place” and a “lovely place in the evening.”

Two of Macaron’s employees are currently students at Harvard.

Joseph W. Hernandez ’25, who works at the store, praised store management, saying he appreciates that “they’re willing to hear from the people who work there.” He called the two owners, Karine and Emmanuel Ernest, “nothing but brilliant”.

Le Macaron is in what was previously an office space for the Cambridge Savings Bank. Karine Ernest called the bank an “incredible partner on this journey” to launch pastry.

She also previewed new flavors planned for the holiday season.

“For Christmas, we offer a gingerbread Christmas macaroon, then we also offer Pumpkin in November,” she said.

Noting that “it took time” to install Le Macaron on the square, Karine Ernest advised other aspiring entrepreneurs to be persistent.

“Never forget your dream and chase that dream, and don’t get discouraged,” she said. “The whole process may take longer than expected, but if you stick with it, you’ll get there.”

“We’re super excited to be in Harvard Square,” Enest added. “We love the community and we have fun.”

—Editor Kate Delval Gonzalez can be reached at kate.delvalgonzalez@thecrimson.com.

Is the drying up of rivers a warning for the future of Europe?