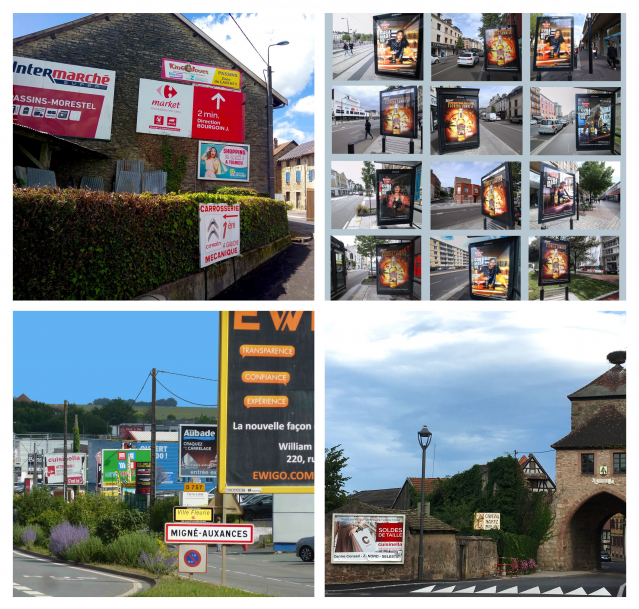 Are these the four ugliest towns or villages in France?

What do the 15th most populous French city and three villages with less than 6,000 inhabitants have in common? They all received a Prix France Moche.

They announced the winners in a press release and on Twitter.

The awards focused on four categories focused around billboards and billboards with a heavy dose of irony, puns and cultural references.

A price category, for example, is called ‘Fell into the trap‘, an expression meaning to have fallen into a trap, but with a pun on sign (which also means sign or billboard).

The winners were selected on the amount of ads they installed in their municipalities as captured on photos sent by members.

MignÃ©-Auxances received the Fell into the trap prize for its abundance of billboards at the entrance to the city, Dambach-la-Ville was selected because of a large billboard near a medieval village gate, while Montalieu-Vercieu has’ won ‘the’Advertising campaign category for a photo of billboards covering walls and a hedge.

“In Montalieu, place your ads wherever you want”, quips Paysages de France in its press release.

Mr Saladin said he wanted to raise awareness of the invasiveness of advertising and called for the abolition of in-ground advertising and the reduction in the size of billboards.

He said the association had received around 60 photos from 30 different cities.

This is the second time that Paysages de France has awarded its Prix de la France ugly, probably inspired by articles by Telerama, a French cultural magazine that initially published in-depth coverage of places it deemed ugly in 2010.

However, the association itself has been around since 1992 and billboards have long been a major focus of its campaigns.

“From the point of view of the photo, I must admit that it is ugly”, reacted the mayor of MignÃ©-Auxances Florence Jardin to La Nouvelle RÃ©publique on November 3, 2021. However, she declared that the current French regulations make it impossible to avoid what she called a “forest of billboards at the entrance to our town.

Mr. Saladin said that none of the mayors of the selected municipality had yet contacted the association, but that some had done so in 2020.

â€œThey often claim there is nothing they can do about it. This is completely wrong, â€he said.

According to the association’s press release: “The mayors of these municipalities have the means to fight against this advertising invasion which has such a strong impact on the daily landscape, by putting in place, or by modifying, local regulations on advertising, or by asking the prefect to intervene where there are advertisements that go against the rules.

Ugly France Prize: Why is there an â€œUgly Citiesâ€ prize?

Who can I complain to about ugly billboards?

Tripadvisor signs a letter of intent to engage in a promotional collaboration of 2 million euros with Atout, the National Agency for Tourism Development of France