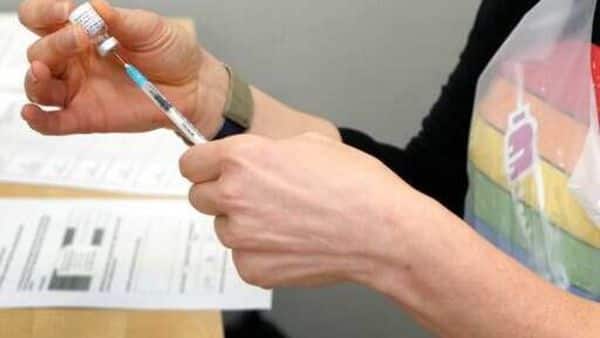 No one knows how effective the vaccines will be in preventing people from catching the newly discovered and rapidly spreading Omicron variant of Covid-19 or how well they will protect themselves against serious illness.

Laboratory tests are underway to determine the efficacy of the vaccine against Omicron with results expected in a few weeks.

In the meantime, the Delta variant remains dominant, and experts, governments and vaccine makers are urging people to take advantage of booster shots when available.

Delta has been shown to be able to evade vaccine defenses against transmission better than the Alpha, Beta, and Gamma Covid variants.

But the jabs remained very effective in preventing serious illness from Delta, reducing the risk of overloading hospital resources.

With Delta still dominant in Europe, some countries are trying to speed up their third jab campaigns.

British Prime Minister Boris Johnson has set a goal of offering a booster to all adults by the end of January and reducing the wait time between the second and third shot from six to three months.

In the United States, Pfizer is asking permission to give its jab as a reminder to 16 and 17 year olds.

“It would be a big mistake to slow down now,” said Alain Fischer, who coordinates France’s pandemic vaccine strategy.

“Our message is: don’t panic, the plan remains the same: speed up the administration of a third recall,” BioNTech co-founder Ugur Sahin said on Tuesday.

But Moderna chief StÃ©phane Bancel told the Financial Times this week that he expected “a significant drop” in the effectiveness of shots against the new variant.

Laboratory tests to measure Omicron’s vulnerability to vaccines in use today are underway, a process expected to yield results in two to three weeks.

Pfizer, Johnson & Johnson and Moderna each say they have started work on a new version of their vaccine specifically targeting Omicron – in case the existing jabs don’t work against it.

When Delta arrived on the scene, Pfizer developed a jab specifically for the variant but never deployed it.

“Laboratories ended up relying on the fact that their jabs protected against severe Covid – but this still allows the virus to circulate,” said Bruno Canard, a coronavirus expert at the French National Research Institute CNRS.

Pfizer has promised a new vaccine within 100 days, but the rollout will take much longer and won’t be in place until spring, Duck said.

“In the meantime, current vaccines protect against severe forms of Covid from the Delta variant.”

This story was posted from an agency feed with no text editing. Only the title has been changed.

* Thank you for subscribing to our newsletter.