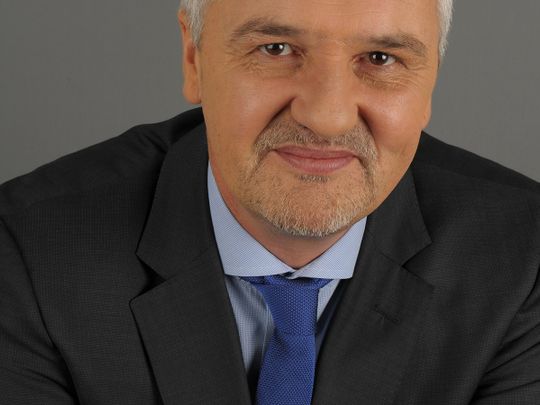 Axel Baroux has been appointed as the new French commissioner for trade and investment in the United Arab Emirates and regional director of Business France in the Middle East. In his new role, he will lead the expansion of French companies in the Middle East through an export development strategy as well as the implementation of a new action plan for the years to come in terms of supporting investors from the Middle East to France.

To lead the expansion of the French commercial presence in the United Arab Emirates and the Middle East, Baroux will be supported by a regional team of 60 experts dedicated to identifying and introducing high-end French solutions to the local market. as well as the promotion of France as a destination of choice. for foreign investment and first-class personalized support for regional investors wishing to explore the French market.

Installed at the regional headquarters of Business France Middle East based in Dubai, it will cover 12 regions: GCC, Turkey, Egypt, Pakistan, Iraq, but also Jordan & Lebanon via local partners.

His appointment comes at the right time as business relations between regional players with France have peaked both in the areas of exports and investments, highlighted by recent strategic dialogues with GCC countries and visits high-level officials. Indeed, French economic relations are in full swing in the region, and Expo 2020 was crucial in shaping this new momentum. During the first world exhibition in the Arab world, Business France organized more than 28 events in the France pavilion, accompanied more than 400 French companies through dedicated business expeditions, and was thus able to federate & connect more than 1,600 economic players. during their networking sessions.

This comes on top of strategic contracts signed between France and the United Arab Emirates to cement ties in the defense sector for $19 billion. In Qatar, TotalEnergies was selected to partner with QatarEnergy on the Giant North Field East.

Axel Baroux, Commissioner for Trade and Investment and Managing Director of Business France Middle East, said: “I am delighted to have been appointed to this key post of French economic diplomacy in a region with ever-increasing potential, and I look forward to working with our regional partners and the French authorities to promote French know-how and expertise in the Middle East to create growth opportunities for French and regional investors who wish to expand their activities. I sincerely believe that business relations between France and the Middle East will continue to flourish in mutual interest. We are witnessing a strong French economic presence in cutting-edge sectors such as transport, energy, the environment, food and infrastructure. There is still room for improvement, and I look forward to exploring new opportunities for collaboration.”

In addition, the newly appointed French Trade Commissioner highlighted Business France’s key achievements in the region, which have played a key role in fostering business relations between French businesses and regional stakeholders. As such, some success stories were described, such as an event organized in partnership with the United Arab Emirates government’s cybersecurity council where selected French companies had the opportunity to pitch their solutions in front of other Emirati players and entities. government and a French Tech Tour organized in the Middle East. last year, this led quantum technology company Pasqal to partner with Saudi Aramco to develop quantum computing applications for the energy sector. Other business matchmaking events are also taking place in the construction, industry and mobility sector, such as the one with Etihad Rail aimed at connecting innovative SMEs with the “Passenger Rail Project” to bring new solutions in data management system, cybersecurity, interior design….

The Middle East is a priority market for France. Several large groups and SMEs have set up their regional headquarters in the UAE, particularly in the free zones. France benefits from a solid and diversified economic presence in the region in all major sectors of the regional economy (aeronautics and space, civil and military, luxury, energy, sustainable development, urban transport, banking and insurance, hotels, trade and industry). ). The UAE is home to a large number of French establishments in the Middle East with around 600 subsidiaries employing over 30,000 people.

Over 20 years of industry experience in leading roles

Axel Baroux has devoted his career to developing trade and the French economy internationally, where he has succeeded in transforming business relationships into lasting partnerships. He began his career at Coface, the French Export Credit Agency (from 1990 to 1994) in the Long-Term Guarantee Department (contracts and investments). He then joined the Department of External Economic Relations (now the General Department of the Treasury) of the Ministry of Economy, Finance and Industry (from 1994 to 2004).

He also held various management positions in the central administration of the ministry (Near and Middle East) as well as in the offices of the ministry abroad (in Lebanon and Poland). In 2004, Axel joined Business France and first held the position of Managing Director of the agency’s Marseille branch (from 2004 to 2008), then Country Manager in Turkey, Canada, South Africa and Austral.

Bringing over 20 years of industry experience to this position, including expertise in public-private partnerships, investment strategy and economic diplomacy, Axel Baroux will also be a key contributor to major events in France. which will focus on the Middle East regions and a single sector. – specific workshops, B2B meetings to accelerate the export development strategy as well as investments for the coming years.