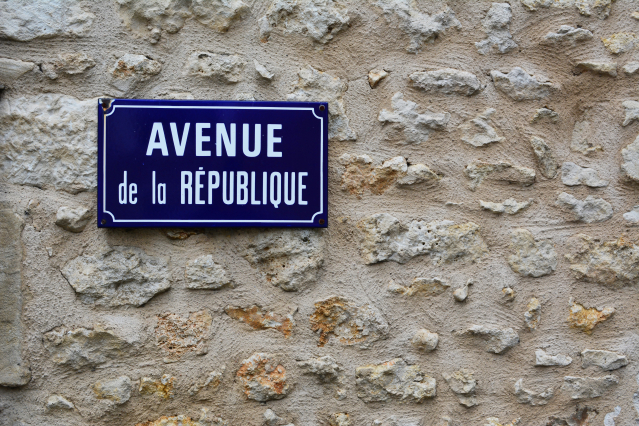 A small village in central France finally seems ready to give its streets official names (and number its houses) after decades without any. However, not all 430 residents agree with the move.

The village of Faux-la-Montagne, in Creuse, has so far deprived itself of street names because no one seemed to think they were necessary. Residents felt like they knew where everything was and street names seemed superfluous.

French law allows municipalities with fewer than 2,000 inhabitants to leave their streets anonymous if they wish.

But now the village mayor, Catherine Moulin, is working on a plan to name the roads, alleys and public places after several problems arose due to the lack of official addresses.

“Good functioning of the services”

The postal workers struggled particularly, and the issue also posed problems for the emergency services.

Ms. Moulin told BMFTV: â€œUntil now, we had postal workers who had made their entire career here. They knew the place, the residents – but over the past 10 years that has changed.

â€œLa Poste has sent more and more workers on fixed-term contracts who change every 18 months, and these people obviously do not know the neighborhood or the people.

“We have already been asked [to name the streets] several times by La Poste but until now we had resisted the pressure. But now, not a day goes by that a lost delivery driver doesn’t come [the mairie] to ask us to take a package.

Public law specialist Ms. Delphine Krust said that while municipalities are allowed to keep their streets anonymous, the local council must always “ensure the proper functioning of the public services for which it is responsible, especially with regard to letters. and parcels from La Poste “. .

She said: â€œWith the SAMU it’s generally OK because they know the area and the people relatively well. But it’s more difficult with private ambulances. In the past this has led to some dramatic situations.

She added that the status quo could also cause problems with future technology.

She said, â€œWe’re going to have to figure this out if we want fiber optic internet to arrive in 2025 as planned. If only for that, we have to number the houses. We do not have the right to prevent our residents from having access to this kind of service.

However, the plans received objections from some. In mid-October, authorities received an anonymous letter from someone who was strongly opposed to the move.

Ms Moulin explained, â€œPeople think if we do this it will encourage Amazon deliveries, but I don’t think we can suggest that not naming our streets will somehow undermine Amazon. “

When it comes to naming streets, legal expert Ms Krust explained that the process is “not arbitrary”.

She said: â€œThe name of a street must conform to public order and ‘good morals’ (the definition of which is set to change over time), and it can be linked to the city itself.

The mayor said nothing had yet been decided with certainty and that the issue should be debated by city council before the end of the year.

However, it has already started collecting suggestions for street names from residents, with a view to considering them in the coming weeks.

Ms Moulin said: â€œThese are just ideas, but some locals have suggested that all the street names in the town be women’s names, for example. “

Why your address in France may change