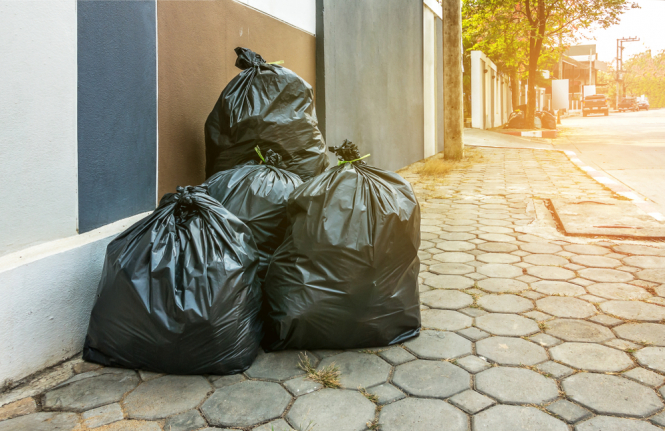 A French mayor returns 12 bags of rubbish to a dumpster

A mayor in central France has become the latest to return a pile of rubbish to its owner after becoming exasperated by fly tipping and fly tipping.

Patrick Foulon, mayor of Saint-Père-sur-Loire (Loiret), returned 12 bags of garbage to their rightful owner by depositing them in their garden in a neighboring town, after finding addresses and identity among the waste.

The waste, which had been dumped illegally, was the last straw of a recurring problem for the municipality.

The offender was both returned his waste and paid a fine of €135.

In 24 hours, the video posted by the mayor showing him throwing trash over the fence has been viewed and shared thousands of times.

The resident asks, “What’s your problem? The mayor replies: “My problem is that you throw shit at Saint-Père, so you’ll pick it up yourself and stop bothering me!”

Later, the mayor said, “That’s what you find all the time in the commune. Enough is enough, it has to stop! Our municipalities are not garbage cans!

The village has two municipal officers, whose job is to drive around the area for garbage three times a week. They always find enough to fill an entire garbage truck, the mayor said.

Mr Foulon joins a long line of mayors exasperated by the illegal dumping of rubbish and who return the rubbish to its “rightful owner”.

In January 2020, 10 tons illegal waste was returned to its owner thanks to communal security cameras catching them in the act; while in october last year a mayor of a commune returned the rubbish “to sender” after employees saw the rubbish being thrown away.

In 2019, a mayor investigated a pile of rubbish before returning it to its owner, And in December, a boss of the ‘waste mafia’ was imprisoned on illegal mass dumping.

Department of Health releases data on vaccines and more