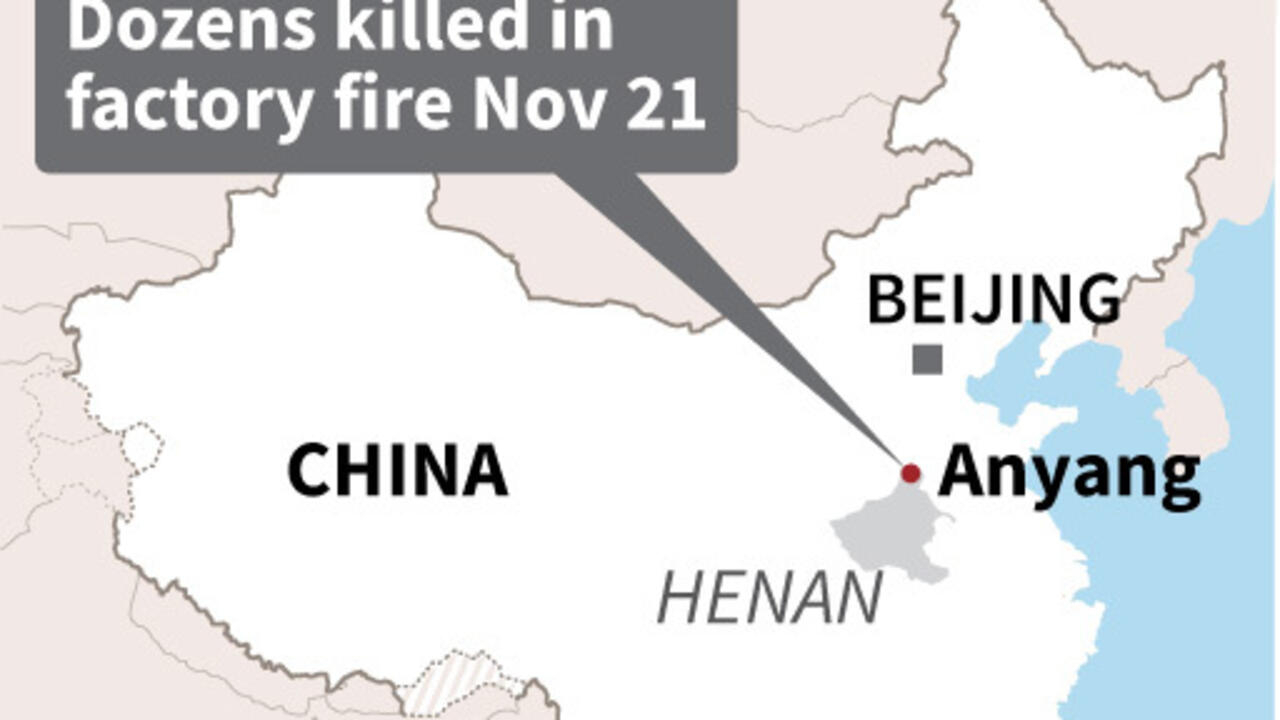 Beijing (AFP) – Thirty-six people have been killed and two are missing after a fire at a factory in central China, state media said on Tuesday, citing local authorities.

“After receiving the alarm, the municipal fire detachment immediately dispatched forces to the scene,” CCTV reported.

“Public security, emergency response, city administration and power supply units rushed to the scene at the same time to carry out emergency handling and rescue operations,” it said. it indicated, adding that the fire was extinguished around 11 p.m. local time.

In addition to the dead and missing, two are hospitalized with non-life-threatening injuries, CCTV added.

Authorities said “suspected criminals” had been taken into custody in connection with the fire, but did not provide further details.

Industrial accidents are common in China due to weak safety standards and corrupt officials responsible for enforcing them.

In June, one person was killed and another injured in an explosion at a Shanghai chemical plant.

A fire at a Sinopec Shanghai Petrochemical Co. factory in the outlying district of Jinshan sent thick clouds of smoke over a large industrial area as three fires erupted in separate locations turning the sky black.

And last year, a gas explosion killed 25 people and reduced several buildings to rubble in the central town of Shiyan.

In March 2019, an explosion at a chemical plant in Yancheng, located 260 kilometers (161 miles) from Shanghai, killed 78 people and devastated homes within a radius of several kilometers.

Four years earlier, a giant explosion in northern Tianjin at a chemical warehouse killed 165 people, one of the worst industrial accidents on record in China.