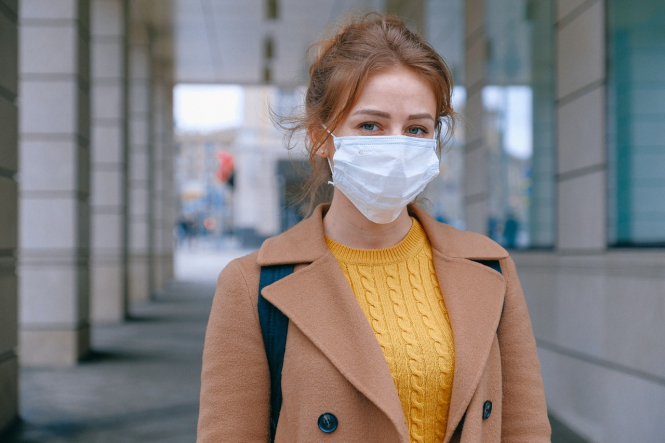 Mayors as well as prefects in France now have the possibility of imposing the wearing of masks in the streets and other places of their municipalities.

It is estimated that 1,400 have already done so, and more are following suit every day.

From Monday August 10, Paris joined the list with compulsory wearing of the mask in certain streets and other neighborhoods where there are crowds. The Town Hall says it has a team that is studying the situation and will react quickly to impose new restrictions if necessary.

The prefects can also issue orders ordering the wearing of masks, which has sometimes led to opposition between mayors and prefects.

There is no fixed time limit for the decrees, but many have been imposed for the peak tourist season. They are likely to be renewed if the measure is deemed useful.
The fines vary from 38 â‚¬ to 135 â‚¬, the highest fines being imposed by orders of the prefects.

Most decrees stipulate that children over 11 must comply with the measures.

The areas where the wearing of a mask is compulsory in the street or the market are indicated by signs, and generally, the maintenance of order is carried out by the municipal police, with the reinforcement of the national police force and the gendarmes.

Almost all of the decrees cover the city’s busiest shopping streets or market places, or in vacation areas, walks and other places where large groups of tourists congregate.

Among the first municipalities to impose the wearing of a mask were 69 municipalities in Mayenne, where there was a worrying spike in Covid 19 cases in July.

But because the number of affected towns and municipalities changes all the time, with different times and rules for each, it is not possible to give a definitive list.

Saint-Brieuc was also one of the first to adopt, and the CÃ´tes d’Amor prefecture made masks compulsory in the open-air markets of 70 municipalities.

Saint-Marlo uses a town crier to inform the population of the rules for wearing a mask, and Quimper has imposed the wearing of masks from 9 a.m. to 7 p.m. until the end of August.
The seaside resort of La Turballe has also ordered the wearing of the compulsory mask in crowded streets for the month of August.

In Normandy, Cabourg and Caen intervened quickly to issue orders, and visitors to Mont-Saint-Michel must wear masks under a decree that runs until the end of September. Mers-les-Bains, Eu, TrÃ©port, Yvetot, Honfleur and Etretat have also imposed the wearing of masks.

Read more: How do I know if I should wear a mask on the street in France?

In New Aquitaine, La Rochelle, Ile de RÃ©, Bayonne, Biarritz, Ciboure, Anglet and St Jean-de-Lutz were the first tourist towns to require masks in certain streets. On the Landes coast, Soorts-Hossegor, Mimizan and Biscarosse follow. Dax has enforced the wearing of masks and it is likely that people climbing the Dune of Pilat will have to wear masks, as will people in some streets and parks in Bordeaux, with a decision due to be made this week.

In Dordogne, wearing a mask is compulsory at the Sarlat market.

In Haute-Garonne, wearing a mask is compulsory in all open markets and in certain districts of the city of Toulouse.

Orleans and Tours sur la Loire have imposed the wearing of masks in certain areas, the measures in Tours being the result of Covid clusters in the city. Amboise near Tours acted for the same reason.

In the mountains, wearing a mask is compulsory throughout the Haute-Savoie department for all outdoor events. Cities like Annecy, MegÃ¨ve, Chamoix, Annemasse, Albertville and Thonon-les-Bains have bylaws covering congested streets.

Crest in the DrÃ´me has made wearing a mask compulsory after three cases of Covid in the town, and in Aubenas in the ArdÃ¨che a mask is necessary in all markets.

To the north, near the Belgian border, wearing a mask is now compulsory in Lille and in the surrounding agglomeration, the restriction extending to all pedestrian streets, streets with speed limited to 20 km / h, parks, the riverbanks and cafe terraces when you are not eating or drinking.

Valenciennes has imposed the wearing of masks for all markets, and Abbeville for all public events.

The seaside towns in the north of Touquet and Fort Mahon have decrees on the wearing of masks.

Cities in the northeast that have mask-wearing measures include Epinal, GÃ©rardmer, and Florange.

In addition to Paris, wearing a mask is already compulsory in Sceaux, one of the municipalities in the southern suburbs of Paris.