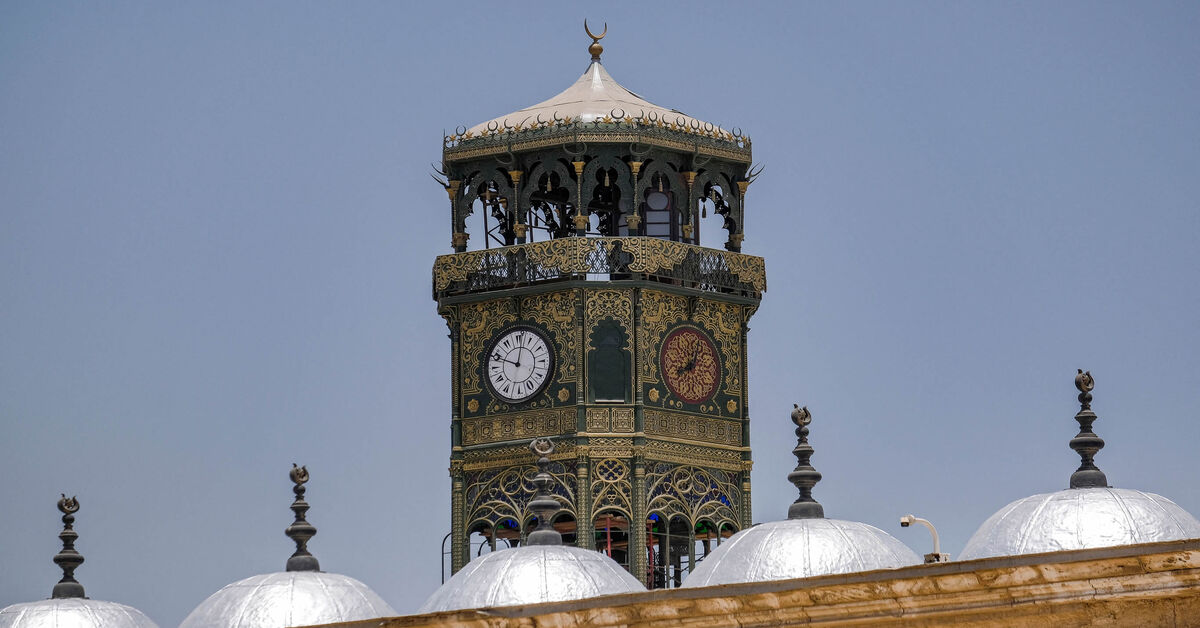 CAIRO – The Egyptian Ministry of Tourism and Antiquities recently announced the completion of the restoration, maintenance and development works of the citadel of Salah al-Din al-Ayyubi in Cairo, including the restart of the tower of the citadel clock, the first Egyptian clock, after decades of non-operation.

In a statement posted on its Facebook page on September 16, the ministry announced that “the clock has been repaired by Egyptian artisans after years of inactivity. The proofs of automatic clock winding [mechanism] started in order to ensure its continuous and uninterrupted operation.

He continued, “The restoration of the clock tower has been completed and the colors have been enhanced to restore it to its original luster. The maintenance and reinstallation of the stained glass panels and the ledges of the circular iron columns located on the upper part of the column were also completed.

Egypt received the clock in 1846 as a gift from the King of France, Louis Philippe, to Muhammad Ali Pasha, then ruler of Egypt. It was placed inside a metal tower decorated with inscriptions and stained glass panels, in the center of the northwest corridor of the Mosque of Muhammad Ali.

The clock was supposed to be placed inside the palace of Muhammad Ali Pasha in the Shubra region, but it was stored in the palace until it was transferred to the mosque during the reign of Khedive Abbas I. in 1856.

The clock was a gift back to Muhammad Ali Pasha’s gift to France, which was the Luxor Obelisk that dates back to the time of Ramses II, placed in the Place de la Concorde in Paris.

Osama Talaat, head of the Islamic and Coptic antiquities sector at the Egyptian Ministry of Tourism and Antiquities, told Al-Monitor that the maintenance and restoration of the clock tower were successful despite their difficulties, noting that the operation clock would be officially announced within weeks of finalizing the maintenance work.

In November 2020, the French Embassy in Cairo announced that François Simon-Fustier, an expert in watchmaking, has been sent to Cairo, at the request of Egypt, to examine the possibility of restoring the clock and to prepare a report on it.

On December 1, 2020, Simon-Fustier, who had just started his task in Egypt, posted pictures of Cairo on Facebook from the top of the clock tower.

He said Fustier sent a report to the Egyptian Ministry of Tourism and Antiquities regarding the condition of the clock and the need to repair it.

However, Talaat said the task of repairing the clock was ultimately given to an Egyptian expert from Luxor, at his request. The expert informed the ministry of the problems that were hampering the functioning of the clock, and the ministry decided to give him the opportunity to repair it.

Talaat noted, “After several months of work, the clock’s original glow returned, and its bells could be re-lit. The maintenance team also devised a plan for automatically winding the clock without human assistance.

He added: “The clock was gone due to lack of periodic maintenance for long periods of time before, apart from the need to constantly recharge it and wind it twice a day.”

According to Egyptian media, this was not the first attempt to repair the countdown. In 1943, King Farouk ordered its repair, but it ceased to function three days later. In 1984 it was repaired again, but it broke down after several days and has stopped working until now.

Egyptian historian Bassam el-Shammaa explained to Al-Monitor over the phone the historical significance of the clock, noting that the Egyptian government should use the restoration and maintenance of the clock to promote tourism, especially in France, because she is of French origin, not to mention the French interest in antiquities and Egyptian history.

Shammaa praised the capabilities of Egyptian manpower and expertise, which were able to bring the clock back to life after decades of inactivity.

During a visit to inspect the restoration and maintenance works of the citadel of Salah al-Din al-Ayyubi and the Mosque of Muhammad Ali in mid-September, the Minister of Tourism and Antiquities Khaled al-Anani said the Egyptian government was seeking to complete the work. and develop services in the region to advance the tourism and antiques sectors.

According to Anani, the government seeks to promote Egypt’s pioneering role as a major modern and sustainable tourist destination, thanks to its rich and diverse tourism, natural, human and archaeological resources and elements, and to preserve Egypt’s cultural heritage. unique for future generations.