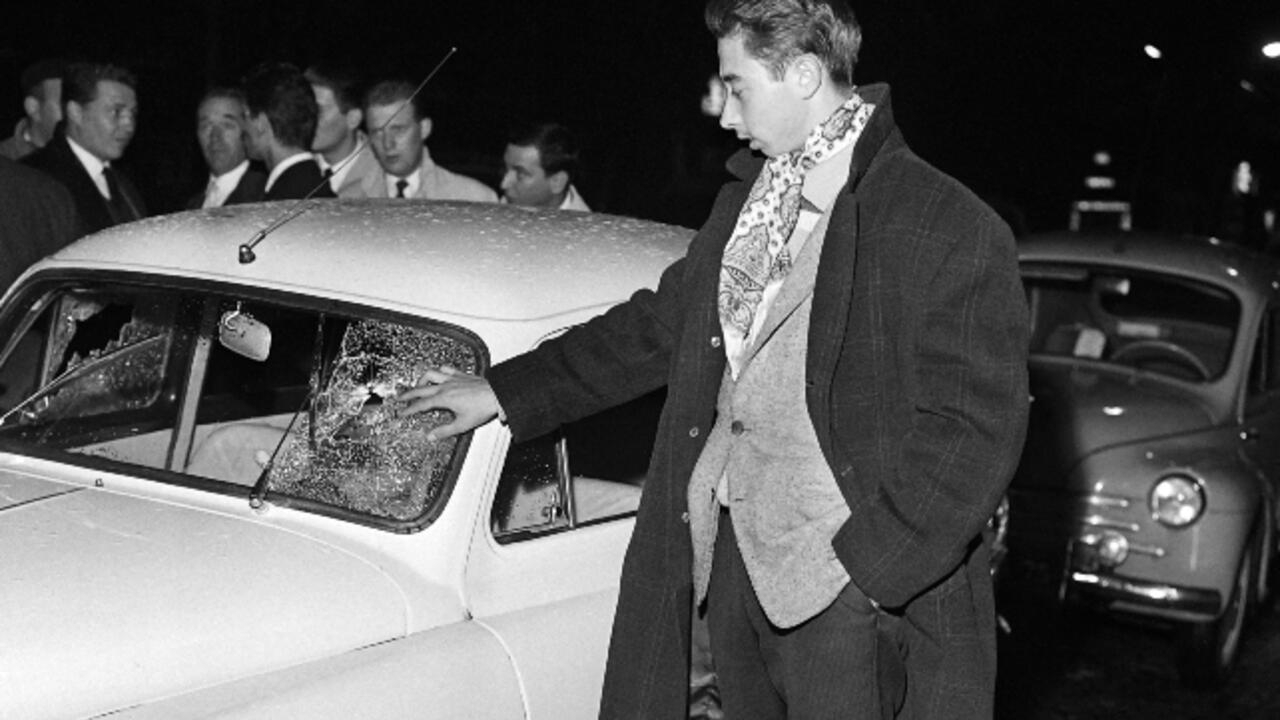 Philippe Grand, former chief curator of the Paris archives, was the first person to reveal evidence of the October 17, 1961 massacre of Algerians in the heart of Paris – one of the darkest chapters in French history. after war. Almost forty years after the suppressed killings, the testimonies of Grand and his colleague Brigitte Lainé allowed the massacre to be finally recognized by a Parisian court. As France celebrates the 60th anniversary of the atrocity, Grand spoke to FRANCE 24 about his role in saving, and then revealing, the evidence.

On October 17, 1961, as Algeria’s bloody war of independence was drawing to a close, the Parisian federation of the Algerian National Liberation Front staged a demonstration against a nighttime curfew applied only to Muslims in Algeria. french police brutally repressed on the demonstrators and in the hours and days that followed, dozens of bodies were found in the Seine, many with their hands tied behind their backs. The death toll is still hotly contested, with some historians claiming that around 200 people were killed. In the days following the massacre, prosecutors listed the names of the victims and how they were killed, but the Paris court closed the homicide cases and the files were crammed into attics and cellars. court.

It was not until 1997 that two conservatives, Philippe Grand and Brigitte Lainé, revealed the secret documents in court, proving the first irrefutable evidence of the massacre.

Philippe Grand told FRANCE 24 how he and his late friend and colleague helped uncover the massacre.

FRANCE 24: How did you discover the documents proving the massacre?

Philippe Grand: My colleague Brigitte Lainé and I used to transfer files from the courthouse in Paris to the city archives at the end of the 1980s. When we arrived at the cash registers from 1958 to 1962, we found the register the prosecutor’s office at the time the massacre was carried out; the days before and after October 17, 1961. We also found the court records dismissing the cases.

There was little information in the prosecutor’s register: a few names of victims, although most remained unidentified, with only the letters “FMA”, meaning French Muslim from Algeria. There were stamps with the word “death” on it, followed by the date and cause of death. “Dragged out of the river under the Bezons or the Neuilly bridge”, “found in a park”, “strangulation marks”, or “shot dead”. Horrible things like that.

The judges who investigated these cases had much the same material in their files, not much more. They ended their investigations quickly because they didn’t have much to do. The files did not contain any names of police officers who may have been involved. I think the files that contained this information are gone.

It should be understood that the massacre did not take place exclusively on October 17. People had been killed before that day and after. But the day of the demonstration was the worst of the crackdown.

I was struck by these documents. We had often seen investigations into murders but this time there were so many. I’m ashamed though, because when I first saw the documents and realized what they referred to, I quickly went through them. My first feeling was worry. I thought they could be destroyed or hidden somewhere that no one would find them.

We filed them and wrote on the ledger that they were in our files, but we did not alert anyone about them. Alerting people could have drawn attention to these documents and put them in danger. Destroying or hiding evidence is something that has happened in the public records, I’m ashamed to say it. Throughout our careers we have been hiding boxes, to save them from destruction, so we just filed the documents from October 17th.

Ten years later, the historian Jean-Luc Einaudi contacted us so that we could testify in court about them.

F24: How did you end up testifying in court?

PG: Everyone knew that court records from the Paris courthouse were being transferred to the Paris archives, but no one knew exactly what was in those records. Many records were lost before, during and after the transfers.

Jean-Luc Einaudi was one of the people most interested in the massacre and he wrote a wonderful book with testimonies in 1991 [La bataille de Paris (The Battle of Paris)]. He had made official requests to examine the archives, but the prefect and the director of archives all rejected them.

The turning point came in 1997, when the former police chief Maurice Papon was tried for crimes against humanity committed during the Second World War. Jean-Luc Einaudi wished to testify on the role of Maurice Papon in the massacre of 1961. Unable to access the archives, he asked for the help of a member of the Socialist Party, David Assouline. Assouline had the idea to ask us an open question: “What did you have on October 17, 1961?”

I told him that the register of the public prosecutor’s office is accessible to all but that in order to examine the judges’ files he had to make a special request. Assouline told me that the matter was too urgent. I received it when our office closed and when he saw the registry he asked me if he could photocopy these documents. I said, of course, they are available to everyone. The next day they were printed in the newspaper Release – and that’s where my troubles started. The archives administration opened an investigation against me, but I knew I had done nothing wrong.

While defending myself, I testified at Maurice Papon’s trial in 1997 and then testified a second time in writing, when Maurice Papon sued Einaudi for defamation in 1999. I told the court that the documents that I had archived confirmed the writings and statements of Einaudi on the massacre. . I described the methods of killing: strangling with police batons. Some victims were knocked out and thrown into the river, others were thrown into the river while still conscious. When they tried to escape, they were shot. Bodies were also found in other rivers, the Marne and the Ourcq canal.

I have seen 150 court files. Between 50 and 100 other victims were mentioned indirectly. These files included witness statements describing the execution-style murders of North Africans. But the police force in charge of the Parisian waterways had nothing in its files that day. His archives were gone.

F24: After your testimony you were punished …

PG: The administrative investigation was like being grilled by the police in an aggressive tone: “Do you recognize that…? I knew the people who questioned me and I was shocked. I had never seen anything like it. But Brigitte Lainé and I have always considered that we were on the safe side here. Everything we did was legal, we didn’t break any secrets and didn’t give out any names. A judge called us to testify and withholding information is a crime. It is very serious.

After the second trial, the defamation case against Jean-Luc Einaudi, we were threatened with disciplinary hearings and dismissed. By then, it was all over for me. The administration had forbidden me to access the archive sites where I worked, the prison archives and the courthouse.

Some restaurateurs have a 19th century mentality. They set their own rules outside the law, thinking to protect the image of France. For them, keeping all documents or records related to October 17 secret was not even an issue, it was obvious. It was obvious that our decision would not go well, but it was my duty to say what I knew.

I have to say, however, that I disagree with some of the people who kindly defended us, saying that Brigitte Lainé and I had greater moral and civic values, that we put citizenship before our own interests. No, we did our job. Nothing more.