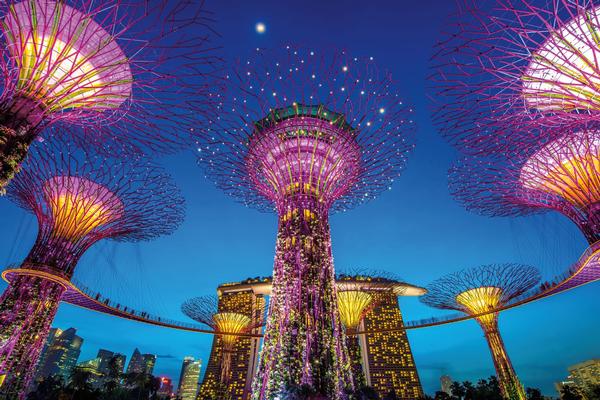 Singapore, the business and tourism hub of Southeast Asia, has announced the addition of eight additional countries to its Vaccinated Travel Lanes (VTL) program. Starting Tuesday, October 19, fully vaccinated travelers from these countries will be allowed to enter the country without quarantine.

The new additions to the list are Canada, Denmark, France, Italy, the Netherlands, Spain, the UK and the US, as announced by CNBC. Since September, Germany and Brunei have already benefited from active VTL agreements with Singapore, with more than 5,200 visitors from these countries having been approved to date. South Korean citizens will enjoy the same privilege from November 15.

Its phased reopening approach is geared towards what Prime Minister Lee Hsien Loong has described as the country’s “new normal”. About 83 percent of Singapore’s population is fully vaccinated, one of the highest rates in the world.

Since the opening of applications for the expanded VTL program last Wednesday, around 2,400 people have been allowed entry as of Tuesday. Vaccinated travel routes are found to be the most popular among UK visitors, 1,000 of whom received approved travel passes on application opening day.

Of those already authorized to enter, only 30 percent are short-term tourist-type visitors. The rest are traveling on long-term student or work visas, arriving between Oct. 19 and Nov. 17, according to Thai PBS World.

Lavinia Rajaram, APAC communications manager at Expedia, said interest in overseas travel has increased since the VTL program was announced last week, with the most popular destinations being Korea. South, the United Kingdom and the United States. longer stays are taken into account for these outgoing trends. The size of the groups has increased, which could indicate that families are starting to travel together, ”she explained.

Singapore Airlines has also reported that it is experiencing high demand for its flights between countries Vaccinated Travel Lanes. The carrier said it sees a good mix among customers of people traveling for vacation, family reunion, business or tourism.

For the latest information on traveling to Singapore, check out the guide below: