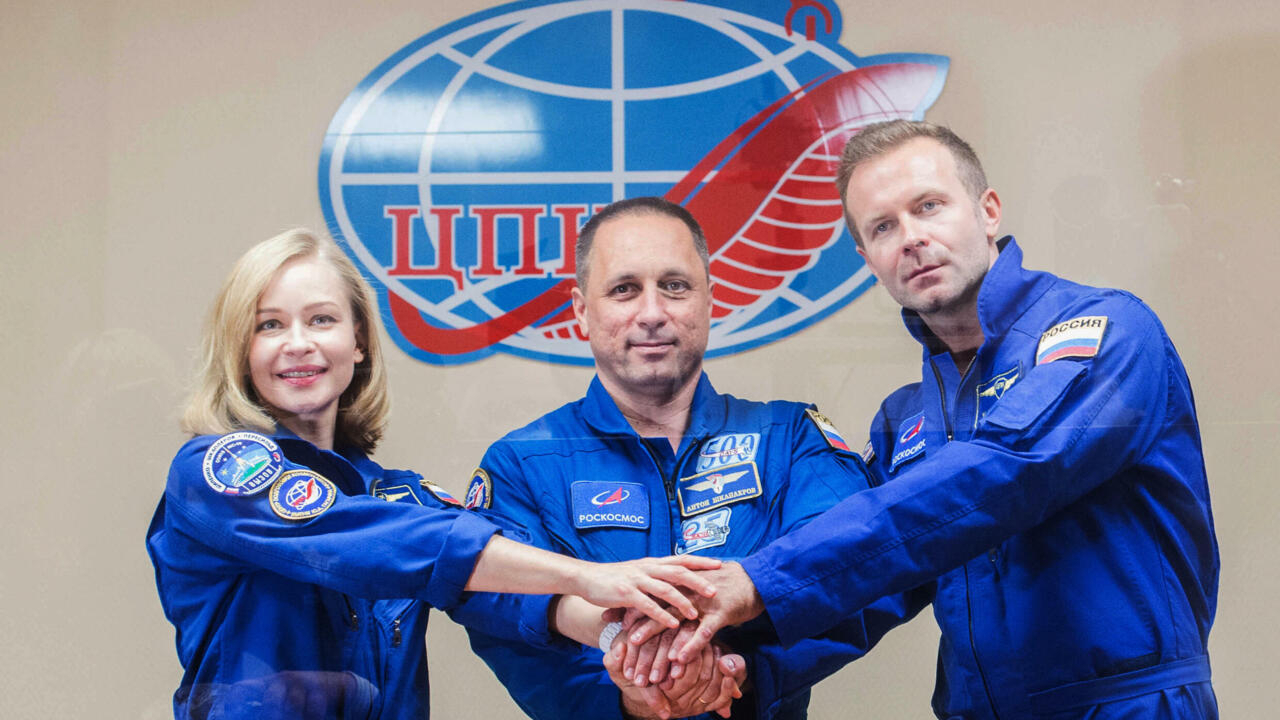 Russia is set to launch an actress and director into space on Tuesday in a bid to beat the United States for the first film in orbit.

If successful, the Russian crew will beat a Hollywood project announced earlier this year by “Mission Impossible” star Tom Cruise with NASA and SpaceX Elon Musk.

Actress Yulia Peresild, 37, and director Klim Shipenko, 38, are scheduled to take off from the Baikonur Cosmodrome in former Soviet Kazakhstan at 08:55 GMT.

Led by veteran cosmonaut Anton Shkaplerov, they will travel in a Soyuz MS-19 spacecraft for a 12-day mission to the International Space Station (ISS) to film scenes from “The Challenge”.

The plot of the film, which has been largely kept under wraps with its budget, was revealed by Russian space agency Roscosmos to center on a female surgeon who is sent to the ISS to save an astronaut.

Dressed in a flight suit, director Shipenko called the film an “experience” during an online press conference on Monday.

“Some things will work and some won’t,” he conceded.

Shipenko and Peresild are scheduled to return to Earth on October 17 in a capsule with Cosmonaut Oleg Novitsky, who has been on the ISS for six months.

The launch comes at a difficult time for the Russian space industry, which is struggling to secure public funding, with the Kremlin prioritizing military spending.

Compared to the Soviet era – when Moscow launched the first Sputnik satellite and sent the first man, Yuri Gagarin, into space – Russia has struggled to innovate.

– The Russians “lost interest” in space –

Its space agency still relies on Soviet-designed technology and has faced a number of setbacks, including corruption scandals and botched launches.

Russia is also lagging behind in the global space race, facing stiff competition from the United States and China, with Beijing showing growing ambitions in the industry.

Roscosmos also received a heavy blow after SpaceX successfully delivered astronauts to the ISS last year, which cost Russia its monopoly on travel to the orbital station.

But for political scientist Konstantin Kalachev, space film is all about public relations and a way to “distract” Russians from the “problems” facing Roscosmos.

“It’s supposed to inspire the Russians, show how cool we are, but I think the Russians have completely lost interest in the space industry,” Kalachev told AFP.

In a bid to spruce up its image and diversify its income, Russia this year revealed that it will relaunch its space tourism program to transport paying adventurers to the ISS.

After a decade-long hiatus, Russia will send two Japanese tourists, including billionaire Yusaku Maezawa, to the ISS in December, ending a year that has been a milestone for amateur space travel.

France toughens measures, but no curfew for NYE

Surf paradise in the Philippines destroyed by typhoon