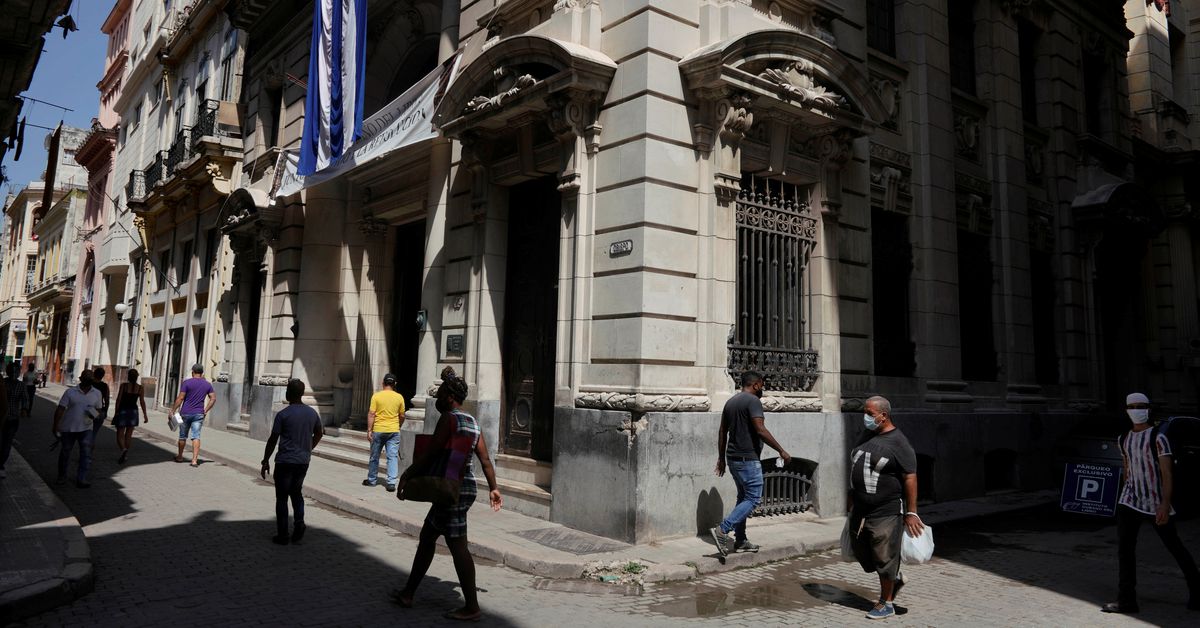 HAVANA, Oct. 20 (Reuters) – Cuba has reached an agreement with the Paris Club of creditor nations to defer annual debt payment due in November until next year, according to diplomats from five of the governments concerned, the latest Communist government sign. country is suffering from a severe currency crisis.

The historic 2015 Paris Club deal with Havana canceled $ 8.5 billion of the $ 11.1 billion in sovereign debt that Cuba defaulted on in 1986, plus fees. Cuba agreed to repay the remainder in annual installments until 2033, but only partially fulfilled its obligations in 2019 and defaulted last year.

The outlines of a modified agreement, drawn up between the parties in June and not previously disclosed, call for resumption of payments in 2022 and adjustment of the payment schedule, diplomats said, requesting anonymity for comment.

The Cuban government and the Paris Club have not commented on this.

The parties said in a June statement that “this agreement gives the Republic of Cuba more time to honor several payments due under the 2015 Agreement, while maintaining the present value of those amounts.”

Cuba is now about $ 200 million behind on payments, including this year, diplomats estimated.

It is not clear whether penalties will apply, as the pandemic crisis has led lenders to waive fees from other debtor countries.

Cuba said this week it had vaccinated 99.2% of its population with at least one dose of its locally developed COVID-19 vaccines, and planned to reopen its borders to international tourism by mid-November after nearly two years of coronavirus-induced stagnation.

The Caribbean island nation relies heavily on tourism to inject much-needed foreign exchange into its otherwise inefficient state-run economy, and for the money it needs to pay off lenders.

“I expect a fairly robust return from tourists impacting other activities and this should improve the payment outlook somewhat in 2022,” one of the diplomats said.

Over the past decade, Cuba has also restructured its debt with Russia, China, Germany, Mexico and Japanese commercial debt holders.

“I understand most of these payments are also on hold,” said another diplomat, with a colleague sharing this view.

The harsh US sanctions on vital currency sources such as tourism, remittances and foreign investment, many of which were implemented under then-US President Donald Trump and continued under his successor , Joe Biden, also complicate the inflows.

Foreign exchange earnings fell by around $ 4 billion from 2020, and imports of basic commodities and inputs for agriculture and production in general plunged nearly 40% as a result, the report reported. government.

The economy contracted 10.9% last year and a further 2% through June, compared to the same period in 2020, leading to shortages of food, medicine and other basic items .

The government expects the economy to grow 2% this year, just starting to recover from last year’s slowdown.

Under the original Paris Club deal, seen by Reuters, interest was written off until 2020, and after that it was only 1.5% of the total debt still owed. Part of these amounts owed was allocated to investment funds in Cuba.

Diplomats who spoke to Reuters said they did not expect any significant changes to this part of the deal.

Cuba last reported $ 18.5 billion in external debt in 2018, and experts believe it has increased since then, especially to suppliers and investment partners who have reported serious debt problems. payment from 2018. The country is not a member of the International Monetary Fund or of the world. Bank.