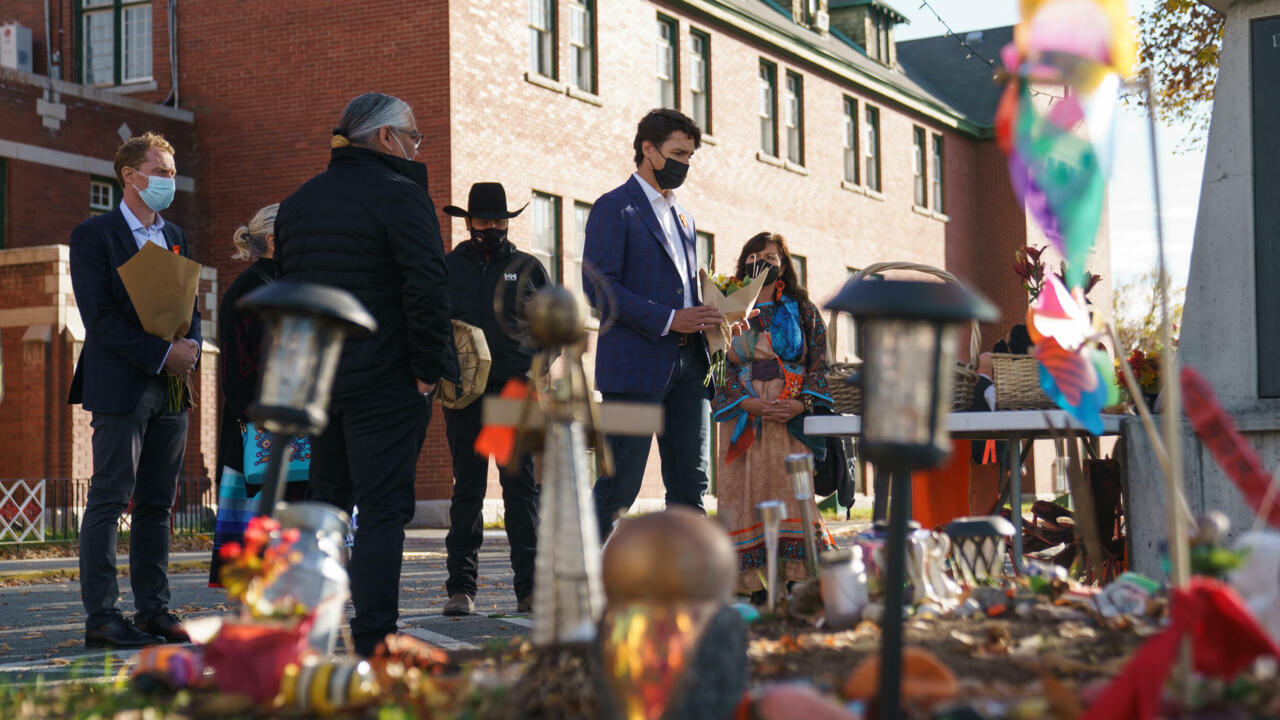 Canadian Prime Minister Justin Trudeau visited the indigenous community of Kamloops on Monday where the remains of 215 children were found in May at a former residential school, apologizing for not coming sooner.

The visit follows strong criticism of Trudeau for ignoring an earlier invitation to the community on the first National Day of Truth and Reconciliation on September 30, instead of going on a family vacation.

“Instead of talking about truth and reconciliation, (everyone has) talked about me and it’s mine. I take responsibility for it,” he said at a press conference.

Sitting next to him, Tk’emlups te Secwepemc chief Rosanne Casimir said: “It was a long-awaited moment to receive a personal hand of gratitude and sympathy regarding this horrific confirmation from anonymous graves from the chief of the ‘Canadian State. “

She said her community had felt “the shock, anger, sorrow and disbelief” at Trudeau’s snub on September 30, but added: “Today is about taking steps forward and correct a mistake. “

Trudeau has made repairing fences with more than 600 Indigenous tribes in Canada a priority of his administration and named National Day of Reconciliation to honor residential school victims at the center of a failed policy of forced assimilation of peoples. indigenous.

Since the first discoveries in Kamloops five months ago, more than 1,200 unmarked Indigenous graves have been found at other old school sites, and searches have been launched across Canada to uncover more.

Trudeau noted that requests for help were pouring in to identify the graves and recover the remains, and pledged his government “will be there with whatever is needed (for the communities) to be able to secure the closure and move forward. “.

“Before we can enter into reconciliation, we must find out the truth,” he added. “We need families to be able to grieve, to heal. To do that, we need to support them in any way we can.”

From the late 19th century to the 1990s, some 150,000 First Nations, Métis and Inuit children were forcibly enrolled in schools across Canada.

Students spent months or years isolated from their families and were physically and sexually assaulted by principals and teachers who stripped them of their culture and language.

Thousands of people are believed to have died from disease, malnutrition or neglect. Many others have become detached or alienated.

Today, these experiences are blamed for a high incidence of poverty, alcoholism and domestic violence, as well as high suicide rates, in Indigenous communities.

Heathrow: The beautiful region of France just 2 hours from London which is so pretty it belongs to a fairy tale